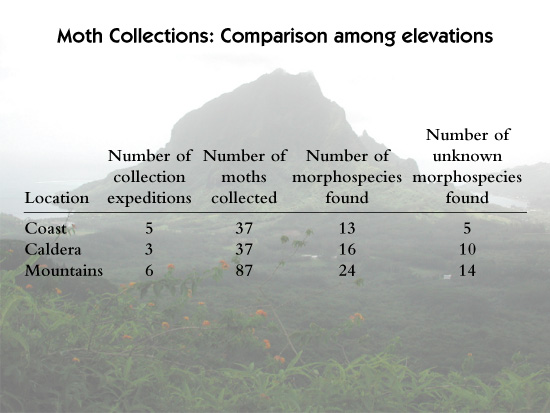 The numbers of morphospecies and unknown morphospecies that were found increased from coast to valleys to mountains. This may be because I had more successful collection expeditions in the mountains: twice as many macrolepidopterans were caught there. However, there was only one more expedition in the mountains than on the coast, and more than twice as many moths were caught. Also, although three expeditions were taken in the valleys and five on the coast, the same number of moths was caught. This suggests that the moth fauna at the higher elevations on Moorea is more diverse and likely to contain biologically interesting endemic species.